It is yet unknown whether these Miracles are alien in origin,

We're fortunate to be related, after all,

We have access to breathtaking images of the cosmos thanks to space agencies like NASA, the European space agency, and others,

If NASA fascinates you even a bit, you won't want to miss this,

any advancements in the field of space exploration, such as the James Webb Space Telescope,

Let's jump right in and get to the chase, first-place Macs jo717, The massive Galaxy cluster Macs j0717.5 plus 3745 was seen by Webb, is shown in this massive photograph, James Webb created the enormous panorama from a total of 18 separate images, By examining the gravitational effects on the background Galaxy Light, researchers have found a filament of Dark Matter extending from the cluster's centre, The region where the dark matter is concentrated is shown on a blue mass distribution map, The filament is observed stretching to the left and away from the cluster's centre,

For the first time, the team was able to map out the filament structure in three dimensions using additional observations from ground-based telescopes, Our vision is along the filament since we are aware that it spreads away from the cluster's centre. bell 2744, number two ghost lights,

To get this look, the stars in this image have all been digitally coloured blue,

This shows that not all of the Starlight is contained by the brilliant blue and white blobs,

galaxies, which we know to be star cities,

Some of the Starlight is also dispersed across the cluster, as can be seen in the darker blue regions,

The galaxies were torn apart by gravitational forces within the cluster over aeons, spreading their stars throughout the intracluster area,

These stars are free to roam the cluster because they are not connected to any specific Galaxy,

Since the light from these relatively weak stars is brightest at near infrared wavelengths, Webb's infrared sensitivity to extremely dim light was crucial for this investigation,

Galaxies that aren't blue in this image are either in the foreground or background and aren't a component of the cluster,

This picture was taken by the James Webb Space Telescope, The enormous Galaxy cluster m-a-c-s-j-1206 is visible to NASA and Esa, The cluster contains photos of far-off background galaxies with arcs and hazy features, Because the cluster's gravity magnifies and distorts light from far-off galaxies, the cluster's dark matter is to blame for these distortions, Astronomers can explore distant weak galaxies by taking advantage of this event, The image has minor dark matter concentrations placed on it, Dark Stuff, which makes up the majority of the universe's matter, acts as the invisible glue that binds galaxies together, Findings from the Web Space Telescope demonstrate that these blue halos reflect the distribution of dark matter in the Galaxy cluster,

This was accomplished by astronomers by measuring the gravitational lensing's extent, Fourth, astronomical collaboration The Big Bang and everything that happened after it were such a horrific occurrence,

that the fundamental fabric of the cosmos bears forever their imprints,

We can still perceive these scars by examining the light from the distant past,

This light, which is still extant as faint microwave radiation over 14 billion years after its creation,

It is known as the CMB (cosmic microwave background)

has grown to saturate the entire Cosmos and has filled it with detectable photons,

Since more than 30 years ago, the sunyev zeldovic effect has existed, making it possible to use the CMB as a cosmic probe,

the microwave photons from the cmb move through space,

High energy electrons can be discovered in the clusters of galaxies that these objects pass through on their route to Earth, where they are picked up,

studying, for instance, the distribution of dense galaxy clusters

demands astronomers to use our telescopes to detect these increased photons, a challenging but essential endeavour,

This image from the NASA/ESA James Webb Space Telescope shows how dark matter is distributed at the centre of the enormous Galaxy cluster 1689,

Dark Matter can be credited with carrying the majority of the universe's mass, an unseen material, Webb's telescope is unable to detect dark matter, Astronomers studied gravitational lensing to pinpoint its location, which happens when light from galaxies behind a bell 1689 is bent by intermediary matter within the cluster, For this reason, researchers looked at 42 background galaxies' observed locations from 135 lensed images, To calculate the cluster's dark matter mass and distribution, Then, a map with blue hewed areas where Dark Matter is thought to be prominent was superimposed, If the cluster's gravitational pull came exclusively from the visible galaxies, the lensing distortions would be much weaker,

The cluster's centre is where the map's dark matter is most concentrated, A bell 1689 is 2.2 billion light years away from Earth, according to estimates, Sixth-place Stellar fireworks, The deepest cosmos views from the James Webb Space Telescope give suggestions that the first stars may have formed with all the brilliance and splendour of a fireworks display,

before the Earth's formation,

the Milky Way galaxy and the Sun,

Scientists have been inspired by Webb's most insightful insights,

to postulate that a significant portion of the universe's stars formed in an abrupt, explosive burst,

that radiated light into the night sky,

not more than a few hundred million years,

when the universe was created by a massive explosion,

however, it's possible that the rate is far lower than the gusher that was anticipated in the early universe,

There are four significant areas in the supercluster where dense clumps of dark matter have formed,

According to the study's findings,

Such places are congruent with the migration routes,

entering these dense regions from the supercluster's edge,

a dark matter map and a James Webb infrared image of the supercluster galaxies were combined to create this image,

This image was captured by the Space Telescope as part of a bell,

It is one of the greatest sections of the sky that the James Webb Telescope has ever studied,

Given the size of the area to be examined,

There were 80 needed web images,

It is around 4 billion light years from Earth,

To look into how dark matter is distributed throughout the cosmos,

The tremendous gravity of cl0024 plus one seven causes the light from distant galaxies to appear stretched and twisted, which is caused by gravitational lensing, Dark matter isn't visible to the naked eye because it doesn't emit or reflect any white light, As far as astronomers are aware, the only way to detect,

Astronomers can determine the cluster's dark matter distribution by mapping the light that has been gravitationally warped,

During the mapping of Dark Matter,

The cluster's core's dark matter ring was found by scientists,

Although other unbiased research deny this,

One of the strongest arguments for the existence of dark matter is the discovery of the ring,

that came together to create our Milky Way,

This cluster is still visible today as the globular cluster M4 in the constellation Scorpius,

Astronomers used Webb to find the oldest and most burning white dwarf remnant stars in the cluster,

The age of the cluster is calculated from the dwarfs' temperature,

This piece of art shows a cluster consisting of young, blue-white stars, After the great bang, probably about a hundred million years, To the right of the galaxy's centre, one can see the galaxy's core forming,

Stars' gas and dust are being swallowed by the developing black hole,

and it is hurling a strong material jet through space,

Each star cluster is surrounded by pink bubbles of hot gas created by a succession of supernova explosions from the most massive stars in the cluster,

I appreciate you watching the video,

which image captured your attention the most,

Enjoy your day and I'll see you in the following video, 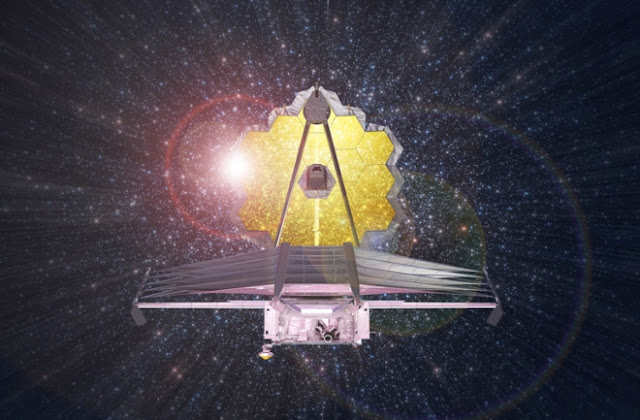